Maarten de Rijke, University Professor of Artificial Intelligence and Information Retrieval at the University of Amsterdam (UvA), had a speech at the opening ceremony of UvA and emphasized on artificial intelligence and the impact of technology. During his speech, he showed a video where Mark Rutte, Prime Minister of the Netherlands, is talking about new investment plans for artificial intelligence in the country. In fact, this interview was an example of the technology commonly known as ‘deep fakes’. Maarten de Rijke was the one who vocalized the video instead of Mark Rutte himself, where 3DUniversum’s proprietary algorithms made it possible to create a video to show Mark Rutte saying the words.

Deep fakes, the latest phenomenon discussed in the technology scene, show how far deep learning algorithms can deliver. Using a dataset of a person’s images and videos, this technology can basically create a video of a person saying or doing things that they never said or did. While the buzz around the technology is mostly negative because of misuses after it became accessible publicly, it has the potential to create great value for entertainment/movie industry. Also, this technology is an important showcase for creating awareness on the capacity of artificial intelligence and deep learning. 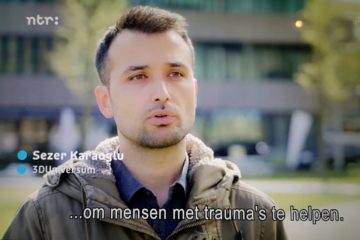 The Truth of Deepfake